Introduction
With the Ethereum Merge fast approaching, traders are speculating on a possible chain fork happening by borrowing ETH on lending protocols in order to try to claim ‘free’ powETH. This could drive up utilisation of the ETH market on lending protocols like Euler. To mitigate against this, the Aave DAO has already voted to take dramatic action by pausing borrowing on the protocol (see here). Meanwhile, the Compound DAO has a vote underway to increase the maximum borrow APY on the protocol to 1000%, with the vote receiving 99.48% support with just two days left (see here). Here, I highlight some of the issues with raising maximum borrow rates or pausing borrowing and propose that EulerDAO take the radical position of doing… nothing. That’s right, no change to ETH borrowing ahead of the merge.

Game Theory of Borrow Rates Ahead of the Merge
At the time of writing, powETH futures are trading at around $46, compared to the current ETH price of around $1560 (see here). Thus, it seems traders are expecting powETH to be valued at around 3% the price of ETH2. This fact can be used to put (very rough) bounded estimates on how much interest ETH borrowers should be prepared to pay in order to try to claim ‘free’ powETH. And, crucially, when borrowers should really start to borrow. The theory goes as follows.

Suppose we are 1 day away from the Merge and there is no maximum cost on borrowing. Borrowers know that borrowing $100 worth of ETH would net them $3 worth of powETH just 1 day later. So, a rational actor should be prepared to borrow up to a maximum interest rate of 3% * 365 = 1095% APY. This means they will pay a maximum of $3 in ETH borrow interest in order to claim $3 of powETH. Of course, in practice they should be prepared to pay less interest than this, because they want to make a profit and there are a variety of other costs involved. However, this is a very loose upper bound, for now. So far so good.

Now, suppose we are 2 days away from the Merge. Borrowers know that borrowing $100 worth of ETH would net them $3 worth of powETH just 2 days later. You might think that similar to before, a rational actor should be prepared to pay a maximum of 547.5% APY on each of the two days before the merge. And you might try to extrapolate this process back over all the days leading up to the merge. Eagle-eyed traders will notice that this doesn’t really work though.

The issue is that, as we discovered a moment ago, rational actors should be prepared to keep borrowing ETH 1 day before the Merge if the interest rate is less than 1095% APY. That means that 2-day borrowers cannot count on being able to pay 547.5% APY over two days. Last minute borrowers will spoil their plans 1 day before the Merge by driving up the interest rate. There is no way to front-run the last minute borrowers in an efficient market.

In general, this holds true for anyone trying to borrow ETH any number of days before the Merge (providing there is no maximum borrow cost, see below). Indeed, there is nothing special about breaking down this trade into interest paid per day. The same game plays out on any timescale. In an efficient market, we should expect zero excess ETH borrowing until the last few seconds before the Merge, and then extreme demand (many thousands of % APY) for a very short period just ahead of the event.

Borrowers trying to get in early and front-run the powETH-borrow trade may find that by the time the Merge comes around they’ve paid more in ETH borrow interest than they stand to earn in powETH because of the high last minute costs.

Our hypothetical scenario so far assumed there was no maximum borrow APY. Putting a maximum constraint on things changes the prediction quite dramatically.

If there is a maximum borrow APY of 100% on the protocol, as there currently is on Euler, then borrowers should be prepared to pay up to this maximum APY for a total of 10.9 days before the Merge happens. That’s because 10.9 * 100% / 365 = 3% i.e. borrowers paying the maximum APY will net out at zero when taking into account the value of powETH they can claim.

If there is a maximum borrow APY of 1000% on the protocol (as there may be on Compound), then borrowers should be prepared to pay up to this maximum APY for a total of 1.1 days before the Merge happens.

So, which is better? Well, in an efficient market, one would predict anyone borrowing early on a protocol with a high maximum borrow APY is likely to make a loss. They will end up paying more in ETH interest than they earn in powETH. On a protocol with a lower maximum borrow APY, traders can borrow at maximum rates much sooner, safe in the knowledge that they cannot be punished (some might say ‘rugged’) on the final day by aggressive spikes in the borrow rate.

One might think that what is better for these borrowers must be worse for lenders, due to the risk of high utilisation in the days preceding the Merge, but this is not necessarily true. Lending protocols do not exist in a vacuum. If interest rates are higher for longer on a lending protocol with a higher maximum interest rate, then lenders looking to earn a higher rate of interest should be drawn to that protocol from other lending protocols, reducing the strain on utilisation and increasing total value locked (TVL).

Note that proposing to freeze borrowing on a lending protocol does not, by itself, limit the risk of high utilisation. If lenders were to remove funds to avoid risks during the Merge, or move to another lending protocol with a higher interest rate, then utilisation can spike without an increase in borrowing, which might even be the worst case scenario.

Conclusion
This proposal therefore proposes to do… nothing! Leave the ETH interest rate model on Euler as it is. If borrowers want to target the powETH trade they can borrow in confidence many days before the event, and lenders can take advantage of this increased demand. There might even be net benefits to this approach, as lenders might seek to migrate positions to Euler from other lending protocols to target higher interest rates.

I would support Michael’s position. What is different about Euler is a permissionless nature in a broader sense, so I would prefer not to intervene in the interest rate scheme

I see you deleted the comment, but I think it was a fair point to raise.

The original question was about liquidations. Here is a response I posted on Twitter just now: 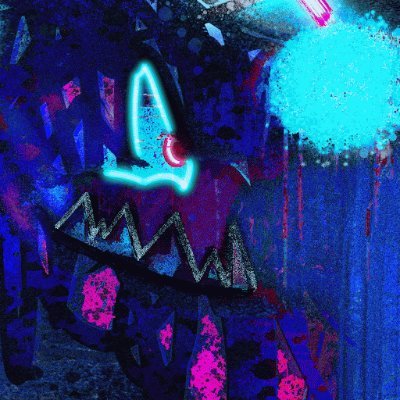 @euler_mab
If ETH utilisation hits 100%, will liquidations involving ETH collateral on @eulerfinance still work? 🤔 In short, yes. ✅ This is because of a lesser known liquidation flow on the protocol that utilises the unique properties of eTokens and dTokens. 👇
1 Like
chainguys September 9, 2022, 2:30pm #5