This proposal offers to increase efficiency of the Governance process by increasing proposal threshold and quorum to 10 k EUL.

The motivation behind the proposal is to lower the risk of manipulation of the Euler governance via Snaphot.

As of now, the number of votes sufficient for Quorum is 1k. 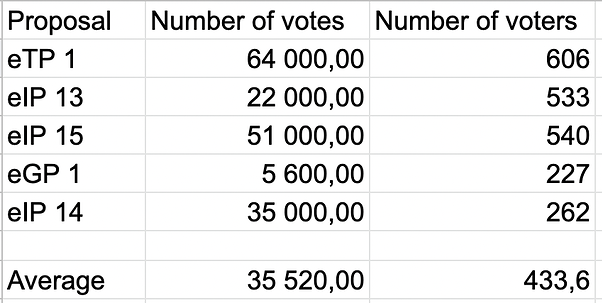 Based on the assumptions mentioned above, I suggest:

Thanks for this well-crafted proposal.

I’m in agreement here, broadly. The system as it stands here was loosely based on the Aave snapshot (which also uses just 50 AAVE) requirement for a proposal.

On each of the points:

I think that in the long-run off-chain voting should probably only really be used for DAO decisions that don’t involve code upgrades. All code upgrades will eventually have to be done through on-chain votes, so it might be worth the DAO getting used to those mechanisms through WithTally in the near future.

There are some projects using quadratic voting via Snapshot, so I thinks it’s possible to implement (however, not sure how easy/difficult it is)

I agree with points 1 and 2. Snapshot does support Quadratic Voting which they have documented with its pros and cons and it can be enabled easily.

However, one downside of quadratic voting is we need a mechanism to also ensure whales to do not spread tokens across multiple wallets. I will say let’s analyse this a bit more. 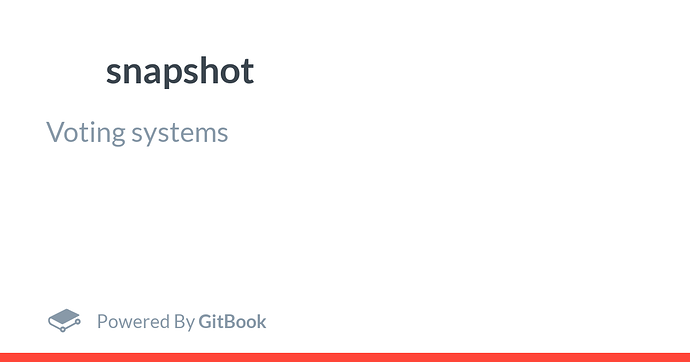 Learn more about the different ways you can vote on Snapshot

Regarding the quorum, the value seems fine as well.

While 1 and 2 can be enforced on Snapshot, the third point cannot technically be automatically supported. Moving code based proposals to on-chain governance in the long run will be great too. Will be nice to start migrating towards that.

Agree with the proposal threshold increase!

As for the third point, since it is not possible to make it automatically, maybe as an alternative Euler Foundation could be entrusted with this task?

I don’t understand how this can be implemented in practice.

This will simply force the big holders to split their votes across multiple addresses or create different delegates to gain an advantage, and make their votes even bigger than they were before, as the interest of the small holders is also likely to remain small due to small “skin in the game” and they will not will bother and scatter EUL to different addresses.

Happy to move this to eIP stage and onto Snapshot to allow the community to vote for the proposal threshold and quorum increase both to 10k EUL.
For the quadratic voting, this will be based on a proposal-by-proposal basis for flexibility. So this option (voting strategy) can be opened up on Snapshot too.

We can begin with a simple proposal to first of all increase proposal threshold and quorum and followed by making the voting strategy flexible (to support the quadratic voting).

Please update the proposal accordingly so it can then be moved to eIP stage. Thanks!
Otherwise, happy to link it.

Done, sir! Let me know if any other amendments might be required.