Summary
We are proposing that Messari provides quarterly financial reports for Euler. This would serve to better inform existing stakeholders as well as attract new ones.

These reports would live as free resources on Messari and would be distributed through our newsletter, various social channels, and distribution partners including S&P Global and Bloomberg.

Motivation
Investor relations are a necessary function of any company to keep existing stakeholders adequately informed while also attracting new ones through better surfacing of fundamental data. This is even more essential in the open-source world of crypto where there are a wider set of stakeholders including users, developers, and investors that can actively contribute value to the DAO allocating their time and money to grow the network.

While projects often have scattered data dashboards, analytics pages, or other resources to better understand the protocol and the economic activity around it, there remains a need for standardized reporting so that anyone can analyze it like they would using a company’s annual financial statement.

As we continue in a bear market, this becomes increasingly important as people tend to overweight price as their barometer of project success. By outsourcing this critical investor relations function to a specialist firm, Euler can be better positioned to withstand turbulent times and retain the mindshare of major crypto participants. 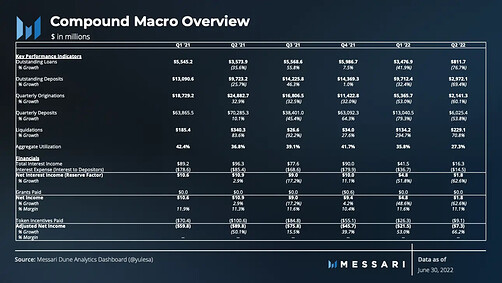 Background
Messari is a team of crypto natives passionate about building powerful data analytics tools for the web3 world. The company was started in early 2018 and has since scaled to over 120 employees after raising a Series A led by Point 72 Ventures. We recently received a $12.5 million grant from The Graph to become a core developer to build and standardize subgraphs creating a robust open-source data infrastructure for the broader crypto ecosystem.

Messari’s core products include Messari Enterprise, a leading market intelligence platform for crypto professionals as well as Messari Protocol Services, an outsourced research and investor relations service for many of the top DAOs. This has included long-form research, comprehensive data dashboards, and quarterly reporting for over 150 projects.

These reports would be sent out to our newsletter that reaches over 250k crypto professionals as well as redistributed on the Bloomberg terminal, S&P Capital IQ, and Refinitiv, three of the largest traditional finance platforms in the world with over 1 million active users. 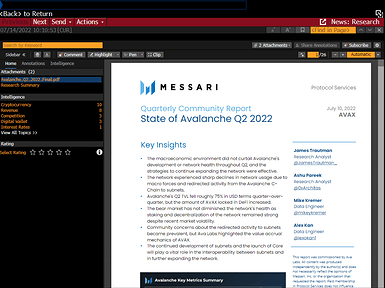 Pricing
The reports are $25k/per bringing total cost to $100,000 paid in stablecoins. We can accept 1/2 upfront and the rest paid in 6-months after completion of the 2nd quarterly report

We’re looking forward to hearing the community’s feedback and are eager to continue working with the Euler DAO!

Hi! That is a super cool proposal that, if implemented, will remove a great number of questions regarding Euler’s financials. Full support.

At the same time I would like to clarify one thing. What are your calculations for some indicators, first of all, income based on? Is it just public information or you will need some “internal information” to be provided by the research team?

I love messaribut 100k for 4 advertising material is quite expensive imo. Altho feel free to give some references since maybe i’m wrong.

I also don’t know whether the financial report is necessary since euler still at early phase, therefore the number might not do the justice.

Thanks for the feedback!

@Raslambek The figures are all pulled from on-chain data to assess the protocols fundamentals so we won’t need any private company data.

@patria I’d stress this isn’t advertising as much as it is an investor relations function akin to a “protocol CFO” putting together a company’s financial statements that also has a growth component given the wide distribution. For reference on how other DAOs are spending on this:

We recognize these are larger DAOs and the scope is broader than just reporting but I think it still highlights the importance placed on high-quality investor relations for a DeFi project.

I personally think this proposal hasn’t passed the temperature check. The costs seem a bit too much given there won’t be a simulation environment involved like with Into the block’s and shippooor’s proposals, so I think the author should revise the price or change the proposal.

Regarding cost, if you think about hiring a full-time IR person/team to create these reports and distributing to a wide audience it would cost a good amount more. Looking at comparable functions at other DAOs this is often a much larger expenditure but there are economies of scale having done these quarterlies for 35 projects enabling us to do them for less.

I’ll also add that there are no other providers that can get enterprise-grade research to over 1 million users in the tradfi world getting on 3 of the largest research platforms in the world (Bloomberg, S&P, Refinitiv).

That said, we understand market conditions tightening budgets and we’re still eager to contribute to the Euler DAO. We suggest cutting the proposal in half to bi-annual reports (we recently did this with Goldfinch). This would bring the total spend to $50,000

I think twice yearly will deliver value to the protocol. I tend to agree with the points raised in the Goldfinch discussion:

"t’s important to note here that the cost is not solely for generating the reports, it’s primarily for their distribution.

Compared to the cost of PR services ($35k-$100k/month for good ones in this space) this kind of media exposure will likely have a valuable ROI for Goldfinch."

The value here is in the distribution, from my eyes.

Hey @JackPurdy_Messari thanks for the proposal.

Are you able to share the average open rate + click-through rates for the newsletter in which the report would be sent to over 250k crypto professionals?

This would help to discern the marketing value, as I have seen newsletters in the past where there are, for example, 250k subscribers that it is sent to, but only 25k opening on average.

250k subscribers? How many actually read it?

Without actual data, it’s impossible to vote for this proposal because there is no factual proof presented, and on the internet, anyone can write anything.

I think the trial period of 1 year with two reports is interesting and would be a great way to get a better understanding of the actual impact of these reports.

I agree with the comments above that $25K per report is on the expensive side, although the quality, distribution, and reach that Messari offers is undeniable. I think the two report offer is reasonable. After the trial year, the DAO will be able to revisit the proposal and make a more informed decision.

As an aside, I think the Euler DAO should create an official grant program with a few members from the core team and maybe 1 or 2 part-time contributors that would review and follow up on proposals like this. The way the DAO currently handles grants seems a bit unorganized. The grant program committee could submit a funding proposal to the DAO every 3-6 months and handle the grant-related operations.

Good points @0xGB and @Vitali - the average open rate is ~28% so around 70k views from the newsletter. There’s also ~12min average read time which shows they really are being digested by professionals not just skimmed over.

Any chance for the official document where this information is available with all metrics, again anyone can write anything on the message board. if I had actual data I could calculate if what you ask is reasonable or not.

The proposal is interesting, I’m on board with the idea. As ive expressed I think there is a lot of value here as a marketing proposal (I suppose you can call it “informative marketing”). As discussed with Jack privately, I think the pricing structure could be more in line with the actual deliverables of the work (so more upfront cost but reduced follow on cost).

Teo from Uniswap Labs Ventures here. We are investors in Euler.

Due to the valuable nature of Messari’s distribution, I’d be in favour of starting out with bi-annual reports and then evaluating from there.

Thanks for the proposal and debate on this everyone. Looks like this has reached temperature check and we’re ready to go to a vote!

I voted yes on this proposal. Messari’s reporting for Compound has been quite useful in the decision-making over there for me and other community members too.

While Euler has a great Dune Analytics dashboard by ShippooorDAO, these reports have additional benefits. Standardized financial statements make it easy to reliably compare periods within Euler as well as to compare Euler to other DAOs, protocols, and companies. They really benefit people who regularly read financial statements.

In addition to the benefits of standardization, Messari’s distribution is valuable. Not only are their reports distributed to their readers, but they’re also distributed to tradfi databases to be seen by investors who may not be in crypto. This certainly adds to the legitimacy of crypto.

These reports are worth the cost in my opinion.

While most of my EUL is in the protocol, limiting my voting power, I support this proposal.

Not only has Messari proven they do good work through the other partnerships they have (@TylerEther mentions Compound, which is a great example), the investor database/distribution, which feels slightly overlooked, is valuable.

We know TradFi has entered the space. I expect this trend to continue (slower in the short term, faster as the market picks up again in the future). Messari is basically becoming our coverage analyst, and their distribution will help get Euler’s name out there better than other (if any) current solutions in the market (or us doing it ourselves). Their institutional-focused audience continues to grow, and I’ve been impressed with the number and quality of the partnerships they continue to sign on that side. Their audience receiving future Euler reports should only grow.

I voted against it because its unsustainable spending which is primarily marketing budget and goes to set up an unsustainable service which will cease running as soon as payments stop.

The pitch includes near 0 information on how effective that marketing budget actually has been, and no case studies on the impact of the 150 current clients.

To argue this is not marketing but investor relations is to simply rebrand marketing in such a way that you can justify avoiding the discussion on the reports real user impact.

If institutions want that information, they are already paying Messari for services, and they should feel free to fund or request the information they want delivered.

Information published quarterly (now semi annually) is ridiculous slowpaced when competing info services are kept constantly up to date, and any development costs associated with curating information is lost as soon as payments are stopped.

These funds would be better spent establishing data reporting flows which are available in real time and which once built can run sustainably.